Was told last night it was N121JM but still awaiting confirmation.

Aircraft was departing runway 11 at KBED at 21:40 last night, and over-ran/aborted??, take-off and erupted in a ball of flames - all 7 fatal.

NTSB confirms aircraft as N121JM - on board 2 pilots, 1 cabin crew, 4 passengers.
Aircraft remains are 2000 feet off of runway KBED - aircraft crashed thru localizer, sheared off gear, thru airport perimeter fence, into gully and struck berm. All but cockpit consumed by post crash fire - there was no communication between the aircraft and tower once take off run commenced.
---------- ADS -----------
Last edited by bizjets101 on Wed Apr 08, 2015 6:26 pm, edited 2 times in total.
Top

Google Maps aircraft hit berm and stopped - in ravine at end of runway 11 - reminds me of Lear 60 N999LJ fatal over run that impacted the berm after blowing a tyre; N999LJ Avcanada.

A bit of an update, crew had been flying this aircraft together for almost ten years.

In the cockpit the flaps were set for 10 degrees - though the wreckage is sitting in a river and they haven't been able to access it further to confirm actual flap settings.

Maintenance records have been recovered, aircraft had 4,950 hours (2000 build G-IVSP)

My internet has crashed at home, but can access Facebook and Gmail for some reason, so I'll post updated photos from today on my FB; https://www.facebook.com/biz.jets?ref=tn_tnmn
and take the link down tomorrow and post some photo links here.
---------- ADS -----------
Top 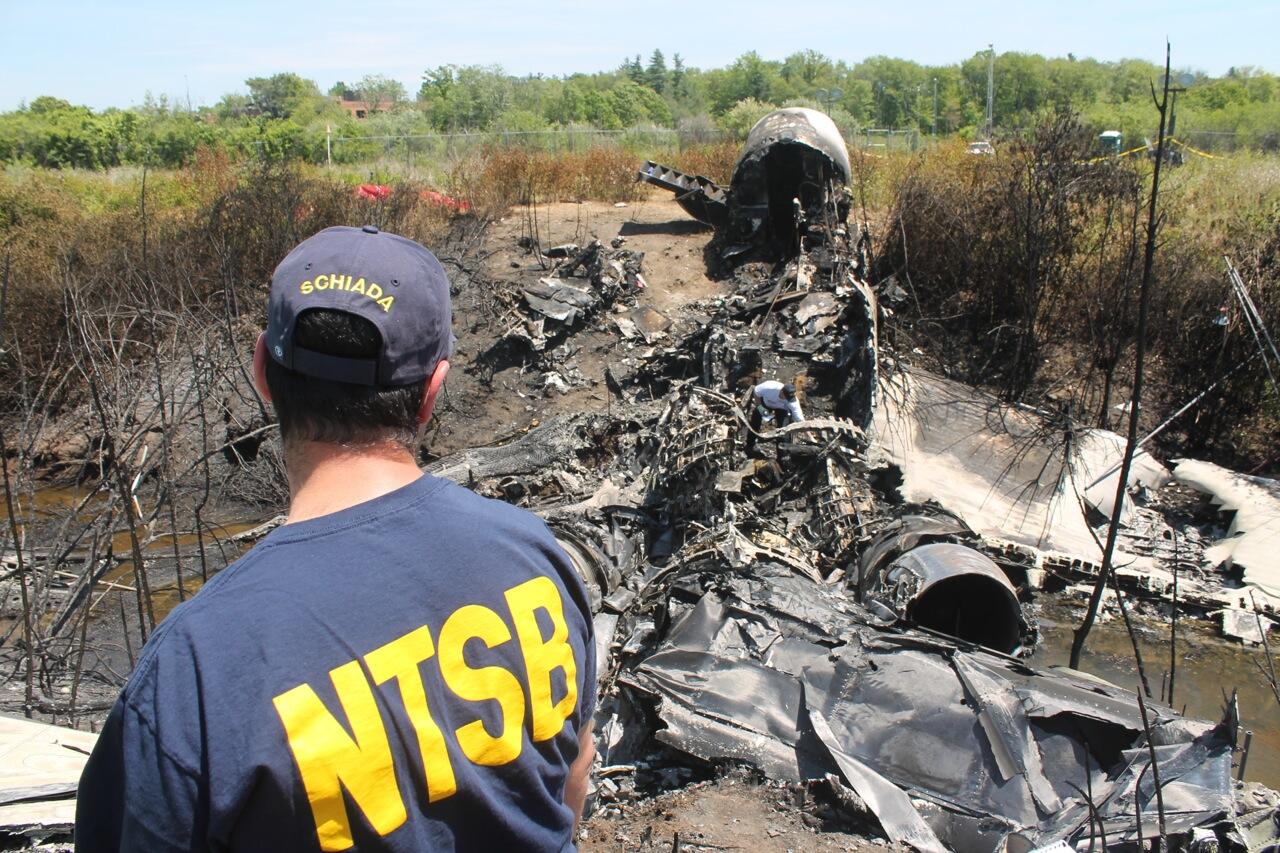 Luke Schiada looks on as recorders are recovered. 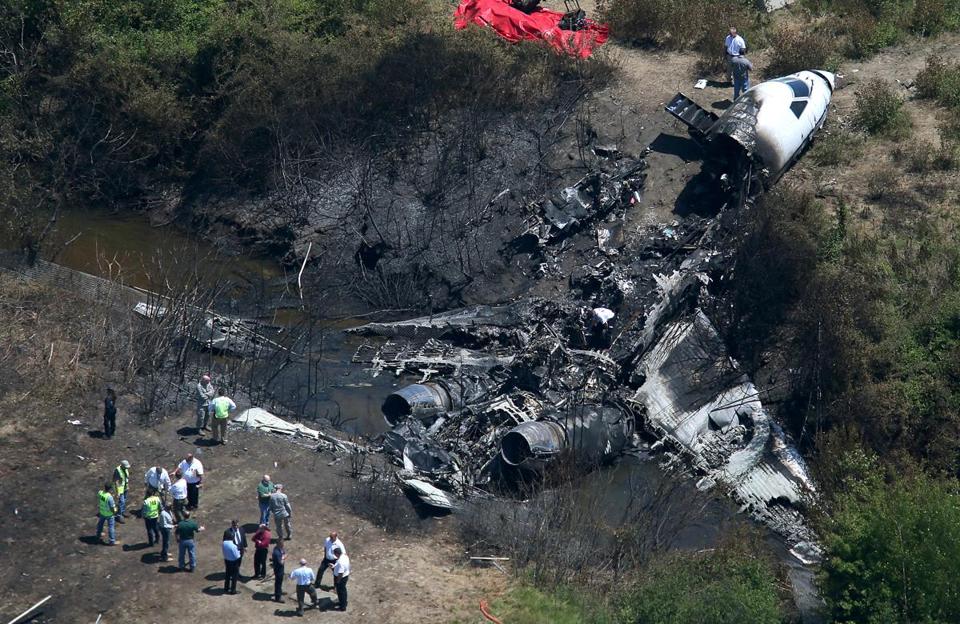 Just a note; aircraft was due to depart earlier but had been delayed for unknown reasons, it was only flying a short flight from Bedford MA to Atlantic City NJ - it didn't take on fuel the airport - flaps were possibly only set to 10 degrees - wondering if they started their roll from an intersection???
---------- ADS -----------
Top

Doesn't confirm where on the runway the run started but is sounds like threshold.

Normal takeoff - call out 80 knots, V1, Rotate, aircraft did not rotate - not being specific what
was said, but pilots confirmed loss of control - speed at 165 knots.

from start of take off to end of cvr tape 49 seconds.

Just curious if you have any sources for your photos and comments about the investigation.

Just gathering info now - but their concern is how and why 'loss of control' at rotation ???

Gust locks were engaged. How the hell is there not a warning for this. Either a physical restriction on bringing up the power leavers or an audible warring horn?
---------- ADS -----------
Top

Cockpit transcripts of the last moments before a Gulfstream jet crashed last year in Massachusetts, killing Inquirer co-owner Lewis Katz and six others, show the pilots suddenly realizing they had tried to take off with their tail elevators locked.

"Lock is on," the pilot said over and over, seven times in all, as the aircraft accelerated down the runway at Hanscom Field, outside Boston.

The Gulfstream G-IV crashed and burst into flames at 9:40 p.m. on May 31, as it sought to take off for Atlantic City after Katz and his friends had attended a Saturday fund-raiser at the home of historian Doris Kearns Goodwin. All who were aboard died.