Attached photo is from Neil Aird's website.
Photographer information is on the photo border.

DeHavilland Beaver CF-ORC is a Beaver that I never saw operated. I have tried to
find information about this aircraft but no one seems to remember it.

The photo was taken Nov 04, 1967 in Toronto. The aircraft has Superior Airways Ltd.
Ft. William. Ont. painted on the fuselage.

There are a few things about the aircraft that are different from the rest of Mr. Wieben's
Beavers. There is no bottom cowl air intake scoop in the photo. It has the air intake
scoop on the right upper cowling. All the rest of the Beavers in the fleet had the air
intake at the bottom of the lower cowl.

The paint scheme is a bit different from the normal red, white, and black colours.
It's missing the narrow black lines that are above and below the larger black stripe.
Because these additional black lines are missing, this aircraft "might not" have been
painted in the Superior Airways hangar. Aircraft that were painted in the Superior
Airways hangar always had all the required paint scheme details when finished.

Because the photo was taken in November in Toronto it would have to have been taken
after float season. 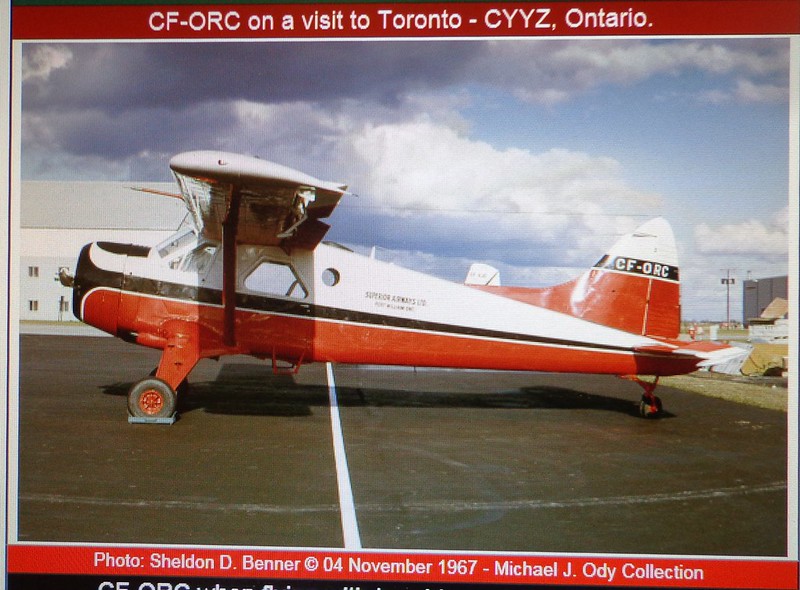 This photo is from the Ed Coates Collection and is posted here with permission.

Superior Airways Cessna Crane CF-BTL. The photo was taken sometime between
1946 and 1950.

CF-BTL was purchase from the Royal Canadian Air Force by Superior Airways in 1945.
It was next operated by Pays Plat Outfitters in Rossport, Ontario. In late 1949 or
very early 1950 the aircraft was withdrawn from service and reduced to spares due
to reported deterioration of the wings. There is a photo of CF-BTL taken at
Winnipeg, Manitoba in 1947 in the Canadian Aviation Historical Society 1967 winter
journal on page 117.

Superior Airways operated a number of other Cessna Cranes.

CF-BLP was purchased from the Royal Canadian Air Force by Superior Airways in 1945.
On April 28, 1948 both propellers were damaged in an landing incident at
Armstrong, Ontario. It flew for Pays Plat Outfitters and then Nickel Belt Airways in
Sudbury, Ontario. In 1952 it was destroyed by fire in Newfoundland.

CF-BRK was purchased from the Royal Canadian Air Force by Superior Airways.
It later flew for Leavens Bros. Air Service. On July 11, 1958 it was written off in an
accident during a spraying run in Quebec. In Larry Milberry’s book
Air Transport in Canada Vol #2 on page 474 there is a photo of CF-BRK parked at
Toronto Island on May 16, 1957.

CF-BTN was another Cessna Crane operated by Mr. Wieben. CF-BTN had a bit of a rough life.
In March 1946 it was involved in a landing accident at Red Lake, Ontario. The right ski was
torn off when attempting to miss an area near a tractor train road. In March 1947 a section
of cowling came loose and contacted the propeller. The left wing tip was damaged during a
forced landing and the right main gear leg failed. The aircraft was again damaged on
March 11, 1955. The aircraft had trouble with the right engine and a forced landing was
carried out. Wing leading edges were damaged, but no other serious damage was recorded
at the time. In the book titled Aviation in Thunder Bay there is a photo of CF-BTN after it
was involved the accident.

The information in this posting has been collected from friends and various sources such as
the Historic CCAR Project, the Canadian Aviation Historical Society, the Air History web
sight and the book titles mentioned. If mistakes are noted please correct. This is not a
complete history of these aircraft. 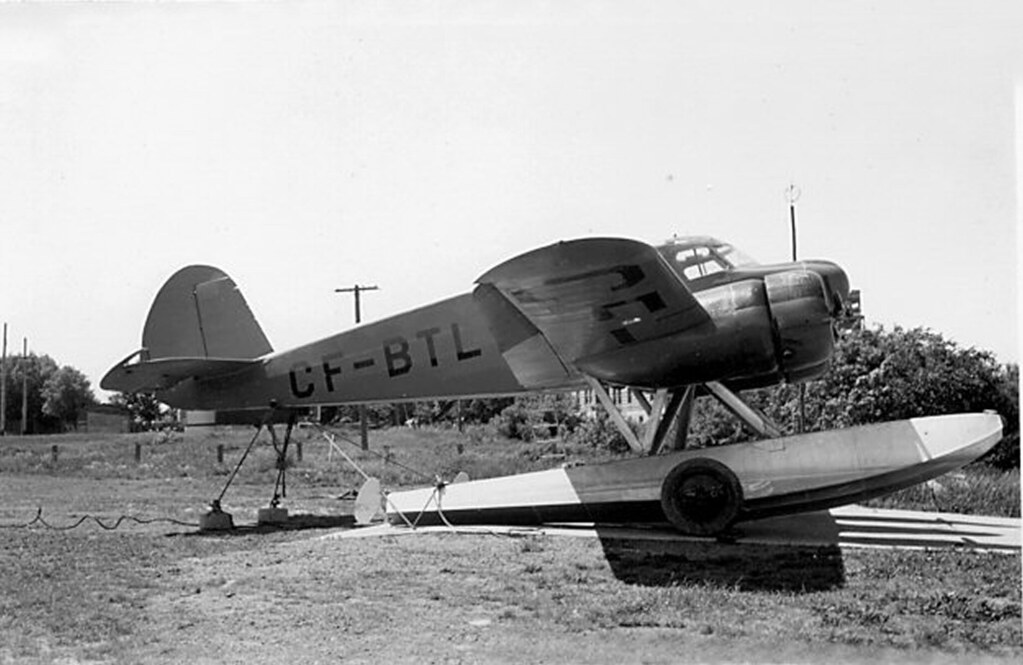 Photo taken of Otter CF-GBX on the ice in the bay at Sioux Lookout in March 1971.
This photo was taken after the Otter had flown into Sioux Lookout with a load
from Big Trout Lake. CF-GBX was the only Otter in Mr. Wieben’s fleet in 1971.
It flew year round on straight skis in the winter and floats in the summer.

A few things can be seen in this photo. Right behind the propeller a red shroud
can be seen wrapped around the engine gear case. This was a winter accessory
only used while operating on skis to help with engine temperatures.

In the photo the Otter has stopped a little short of the poles that it would normally
have parked on. The poles laying on the ice are just trees with the branches cut off.

This photo was taken looking east into the bay. Under the right wing of GBX can be
seen a number of aircraft. The red Cessna 185 on Federal Wheel Skis is CF-YNS.
YNS was operated by Selco Exploration and flew out of the Severn Enterprise base all
year round.

Behind YNS are two aircraft parked at the original Slate Falls Airways base.
The white Piper PA-12 is CF-VTN and further into the bay is Cessna 180 CF-KJD.
Both of these aircraft flew skis in the winter and floats in the summer for Slate Falls Airways. 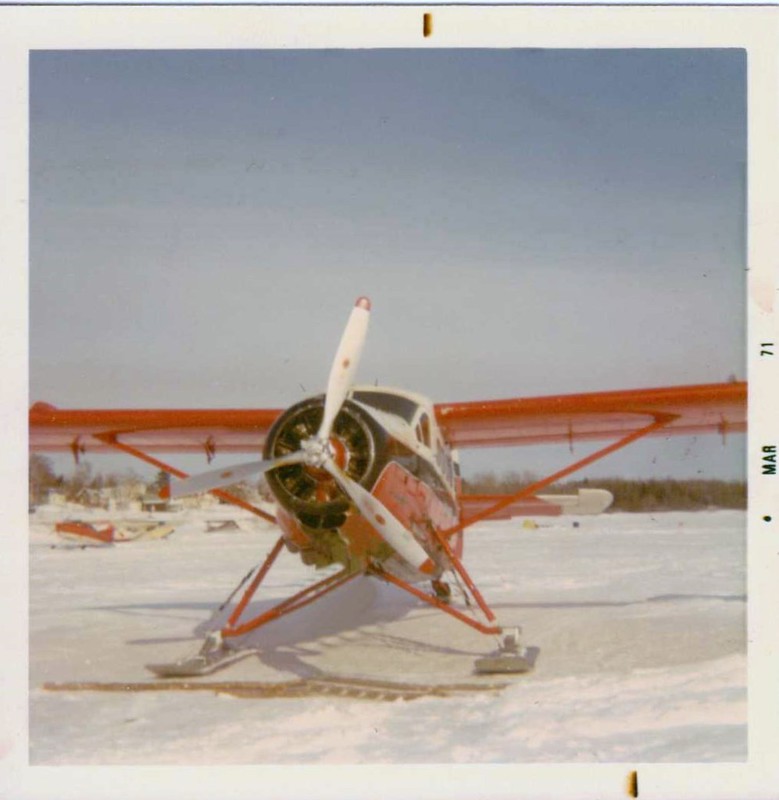 The photo of Superior Airways DC-3 CF-XXT was taken in Winnipeg on July 11, 1973.
This is the colour scheme the aircraft had during its six years of flying for the
company. White fuselage top, gold fuselage stripe, gold tail and polished lower
fuselage and wings. It was a nice looking aircraft.

CF-XXT was fitted with wheel/skis for winter flying operations and flew mainly out of
Wiebenville hauling fuel and freight to the northern communities.

XXT was written off in April 1977 at Wunnummin Lake while taking off on the ice in
the late spring on skis. 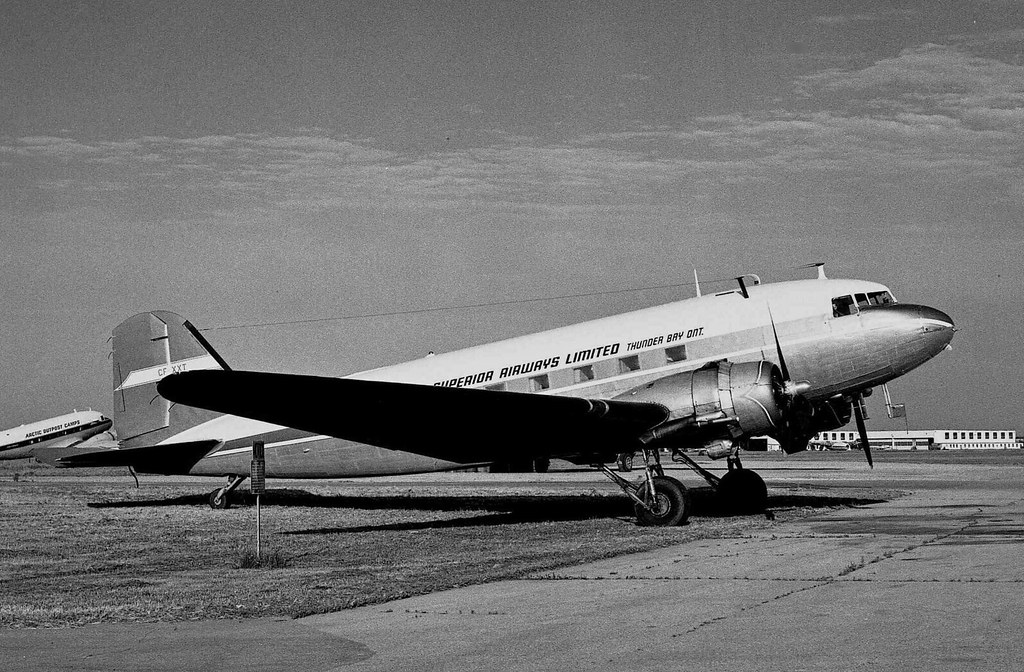 DC-3 CF-TTZ parked at the Winnipeg International Airport on April 17, 1973.

Superior Airways was leasing this DC-3 from Alberta Northern in Calgary.
The company operated this aircraft out of Wiebenville. The DC-3 was written off
at Wiebenville after going into the trees while taking off with a load of freight
on March 5, 1974.

TTZ was pulled out of the trees and towed back to the ramp where it became a
parts source for the other DC-3's that were flying in the fleet.

About a year of so after the accident a large piece of the nose section on TTZ
was carefully removed by a maintenance crew from OCA (Ontario Central Airlines)
who used it to repair one of their own DC-3’s that was damaged when it went onto
its nose while landing on the ice. 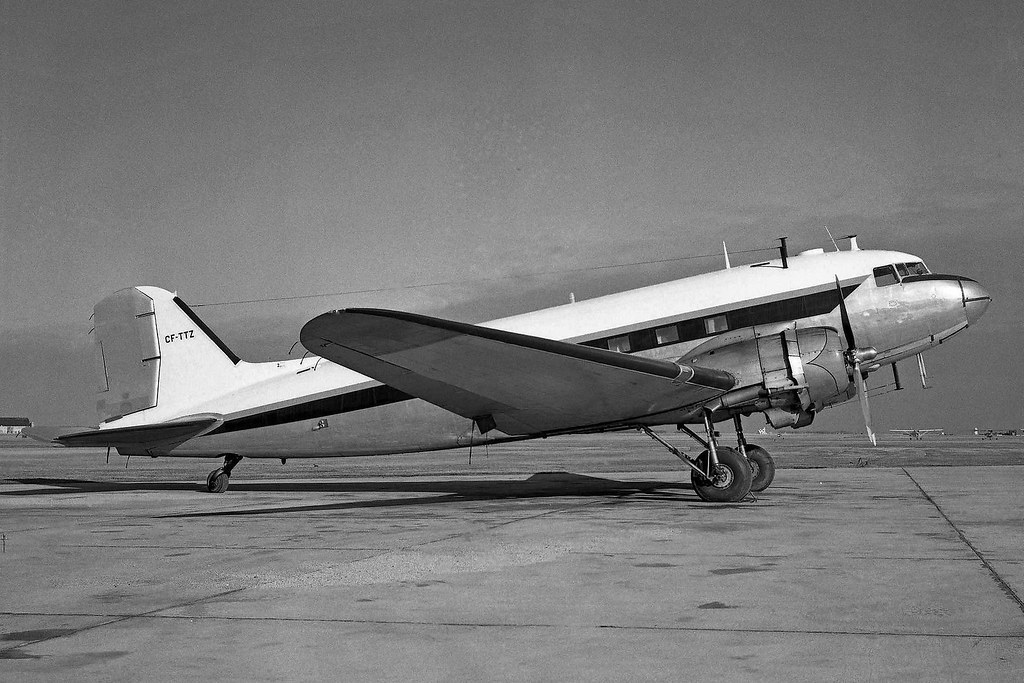 My name is Dr. Eugene Turgeon, and I am currently putting to paper my experiences as medical officer at the Sioux Lookout Zone Hospital from 1972 to 1975. I am planning to distribute paper copies to my family with no commercial printing or sale. I would like to include the photo of the seaplane dock in the mist in 1971 or 1972. Would it be permissible, with proper credit, of course? Thanks for considering this.
---------- ADS -----------
Top

Dr. Turgeon, yes you can use the photo of the seaplane dock in the mist for your writings.
I've sent you a pm.

It would be nice if you posted a copy here too. I'm sure there are lots who would enjoy the read.

CF-ABA flew for Superior Airways for a short time beginning in April 1973.
I don’t recall seeing this DC-3 and I don’t have any information about this aircraft.

The information written here is some of its history that was found in the DC-3 directory
and from Aerial Visuals. This is not a complete history of the aircraft.

The aircraft was built by Douglas in Long Beach, California and was once with the
United States Army Air Force. It later flew in Norway and the United States.

First appeared in Canada as CF-ABA in June 1972 with Aviation Sales International.

April 1973 Superior Airways operated CF-ABA for a short time before the aircraft
moved on to a number of other Canadian air carriers.

Appears to have left Canada in September 1978 and was taken by Yukon Air Service in
Fairbanks, Alaska as N3FY.

The aircraft was involved in an accident in mountainous terrain and destroyed on
November 1, 1998 at Quetzaltenanago, Guatemala.

Not a lot of information about this DC-3 that once flew for Mr. Wieben, but it was
another DC-3 that was operated by him at one time. 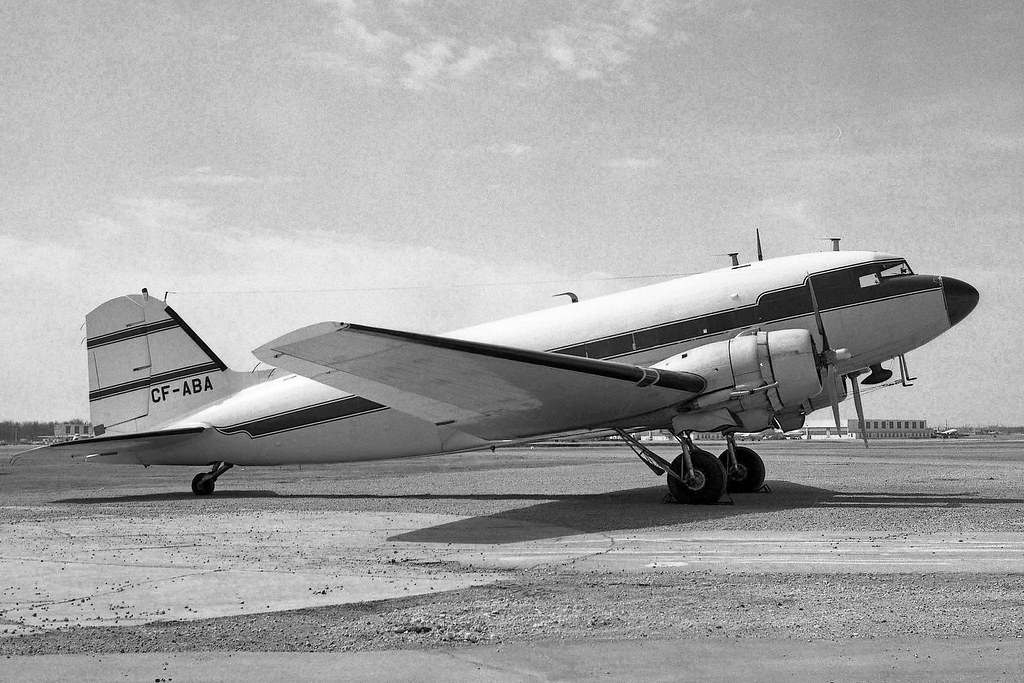