World’s Most Cramped Airline Seat to Launch Next Week


The SkyRider is a saddle-style airplane seat which will allow airlines to squeeze even more passengers into already cramped cabins. The poor passenger will perch atop a sculpted squab that has more in common with a horse-saddle than a comfy chair.

The new seats are due to be launched next week at the Aircraft Interiors Expo Americas conference in Long Beach, by manufacturer Aviointeriors. They’re intended to introduce a new cabin-class, below economy. It should probably be called cattle-class.

As you can see, part of the passenger’s weight is taken on their legs, and the legs are tucked under the seat in front. Just how close are the seats? Aviointeriors says that the seat-pitch is just 23-inches. Seat-pitch is the distance between the same point on two seats, and the smallest seat-pitch on economy-class flights is around 31-inches. Even low-cost carrier Southwest has a pitch of 32-33 inches on its planes.

No airlines have yet committed to using the SkyRider, but it can’t be long before companies like Europe’s Ryanair, notorious for wanting to charge passengers to use the toilet, puts these things into their planes. But would this be so bad?

I’m almost 6 feet 3 inches tall, and I have a hell of a time flying. I recently got stuck in front of the exit row. My seat wouldn’t recline, but the one in front certainly did, and I had nowhere to put my knees. The SkyRider seat, by contrast, would make space for my long legs by raising the seats higher. It would also eliminate the pressure that the seat edge puts on my thighs, because the seat-squab is contoured and slopes down.

On a long-haul flight, the lack of alternative positions would probably make your legs drop-off, but on short-haul, the SkyRider could actually be more comfortable, with the bonus of no idiots being able to recline their seats.

What do you think? Is it one step closer to just drugging us and piling us onto shelves like suitcases, or a legitimate next step for cheap air travel?

I would expect to see some murders if any plane with these seats is delayed at the gate for four hours.

I think being drugged and piled onto a shelf sounds pretty good compared to what we have even now. Luckily the government hasn't completely demolished VIA Rail. I think we're gonna need it.
---------- ADS -----------
Top

Why don't they just stack us all horizontally and sedate us... just like in the Fifth Element. Just think, maximum use of vertical space, no worries about terrorists, no need for meals or in-flight entertainment, and a solid defined area of personal space.
---------- ADS -----------
Top

I propose no seats at all and a subway car type of interior where we all stand and hang onto straps, much more efficient

Driving Rain wrote:From the look on her face you'd think she's riding a Sybian. Maybe the ladies will enjoy turbulence.

No doubt they have thought of this, but some regulatory hurdles come to mind like is there enough space to evacuate, the need for more emergency exits for increased passenger density... and looking at the legs of those seats I wonder if with the short space between the legs from front to back, and the relatively high point on the seat where the seat belt is how resistant to crumpling would those legs me in a forward impact?
---------- ADS -----------
Top

a sculpted squab that has more in common with a horse-saddle than a comfy chair. And with a couple well placed holes they could do away with the Lav all together........kidding

I think it's pretty funny that no one has had to ask "what's a Sybian"?

When I look at a concept like this it just makes me want to work harder than ever so that I can retire from aviation ASAP and never go near a commercial aircraft again.
---------- ADS -----------
Top

The more uncomfortable they make airline travel the more secure they make my job flying corporate and private aircraft.

Stacked vertically, and sedated. Isn't it what happens in an Irish bar on Friday night? May be the idea is not so strange in an Irish cheap airline, after all.

GGCC wrote:I propose no seats at all and a subway car type of interior where we all stand and hang onto straps, much more efficient

That's the air side bus. May be the next step is to drive us all the way to the other airport in the bus. It could be cheaper, in Europe.

I WAS Birddog
Rank Moderator 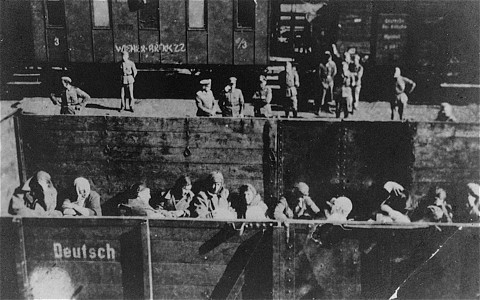 Geo wrote:I keep looking at the photo and thinking it would be so easy to add pedals, with a meter. Then you could discount the airfare according to how fast you can spin!

Strange, but I was thinking along the same lines. This thing looks like a bicycle seat anyway, so why not add pedals, so you can recharge you phone, or music player, and may be get fit, while at it! The stewards will sell you water after you efforts, so that all profit is not lost.