Crew of 5 treated for minor injuries. Aircraft in one piece, but very damaged off the end of 32 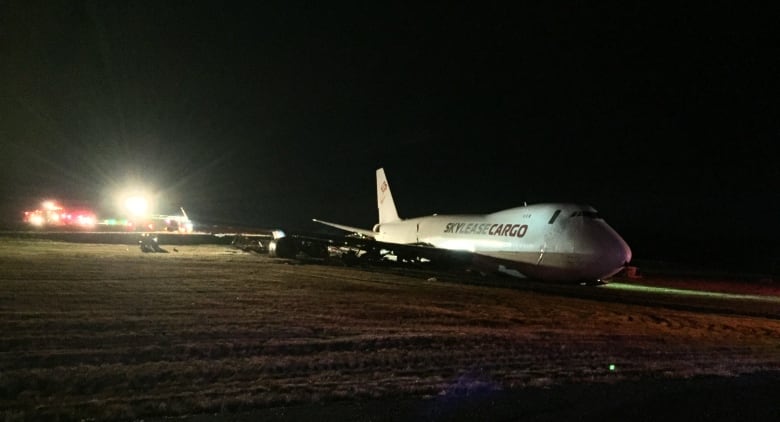 Whoever is spokesperson for airport authority should be fired.
Aircraft went off end of RW14 which is near the golf course, not RW32 that the airport spokesperson said.
How can you get a job as spokesperson with little knowledge.
---------- ADS -----------
Top

If you google metar history there’s a website that stores every report.

From a speci minutes after the accident:

I know 23 is under construction and most of the approaches are unusable, but I wonder what the LNAV minimums are. ~8500 ft available for landing on 23 even with the construction and 18 kts on the nose as opposed to 7500' and no headwind.

I don’t get why this airport waited till fall to do runway construction when all the fall windstorms show up. Now there won’t likely be any ILS approaches for a week or 2 till they clean up that giant mess.
---------- ADS -----------
Top

I'm sure they will make it to China dishes.....may just be a bit more expensive.

I'm sorry, but someone has to say it.

Because that will definitely negatively affect the stall characteristics.

It’s perhaps one of the deadliest things we deal with in aviation.
A tailwind? Wha?

I'm sorry, but someone has to say it.

The HIAA FB page said (and still says) runway 32 - hard to believe they could get it so wrong...

I wonder if they were doing the ILS for 14 because they didn't have RNAV capability...?

Didn't see the wx at the time of the "hard landing" (yep, the evening news actually called it that - we don't have accidents at YHZ, just hard landings), but I looked at the METARS a few hours later and it still had the one for 10z (about 45 min after accident):

The ILS for 23 is down, so if they couldn't do the RNAV, and that SCT 006 was BKN, the ILS 14 was all they had (except for diverting elsewhere - too bad they didn't take that option

Inverted2 wrote: ↑
Wed Nov 07, 2018 8:38 am
I don’t get why this airport waited till fall to do runway construction when all the fall windstorms show up. Now there won’t likely be any ILS approaches for a week or 2 till they clean up that giant mess.

They've been working on taxiways since the summer, and the runway for a while, too (can't recall exactly when they started, though). Earlier than that and they're into fog season, which tends to be more of a problem than the fall winds - it's just been windier this year than usual (or should I say there's been more windy days).
---------- ADS -----------
Top
Post Reply
118 posts